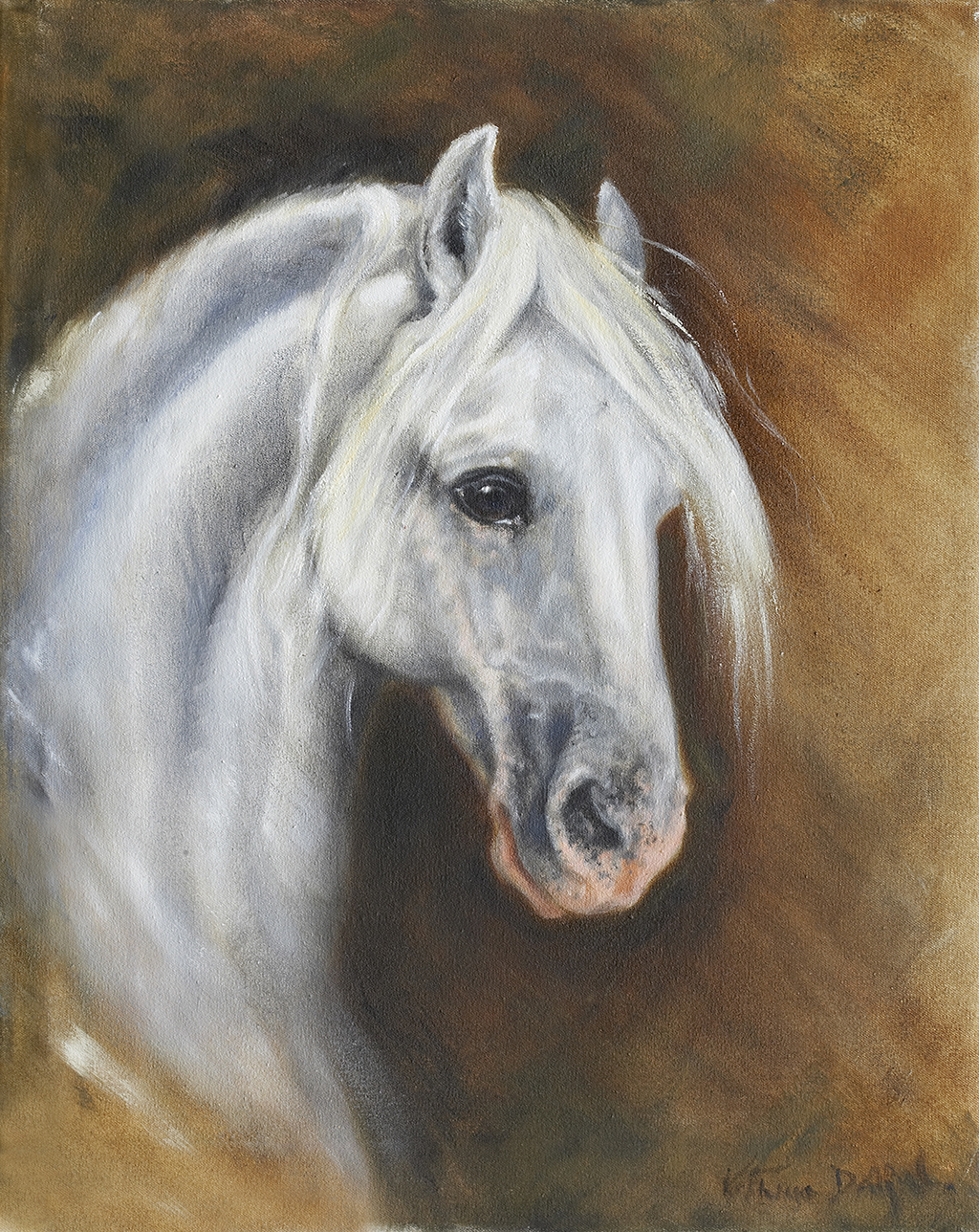 This Lipizzaner’s portrait was painted when I was in Vienna at the Spanish Riding School. After the morning schooling session the horses would rest for the afternoon. I would set up my easel outside his stable, I did not know his name but part of his brand stated Siglivy and so I called him Siggy. The foals are given a double name, that of the sire followed by that of the dam and a breed number. Since 1920 the Lipizzaner horses in the Republic of Austria, are bred in Piber. Here they develop their natural paces high on the mountain pastures, similar to the region on the Carso plato where they originated centuries ago.

After a short time ‘Siggy’ became accustomed to my afternoon visits and he would look out for me giving a low whicker as I arrived. He was such a delightful character I grew very fond of him. Sometimes he would turn to rest at the back of his stable making it difficult for me to see his face in detail. I would call ‘Siggy, Siggy’ and rustle some paper to get his attention. He would usually respond by turning around to come and see me and I would always reward him by stroking him and giving him some affection which he loved. If I became engrossed in the painting and ignored him, he would splash me with water from his automatic drinking trough. He thoroughly soaked me and the painting on more than one occasion. To stop him from doing this I would chat to him and tell him what I was doing, he would listen, flicking his ears towards me, his large dark eyes watching as I painted. I often wonder if he missed me after I had gone, I missed him.